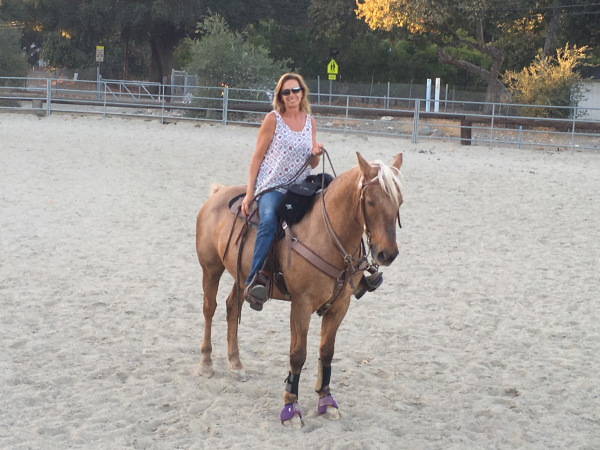 Back to Meet the Team

Donna grew up in Missouri, where she loved spending most every weekend at her grandparents' 500-acre farm.  On the farm were all kinds of farm animals, including horses.  But Donna did not start riding until college, where she rode saddle seat, entered some shows, and won several ribbons.  Then she was hooked!

After graduating from college with an engineering degree, Donna moved to California.  Donna has three children.  Her second child, Jamie, is severely developmentally delayed and autistic.  When Jamie was eight-years-old, she began riding with TRC, and she flourished.

Donna soon became a side-walker with TRC, and then a horse leader, which eventually led to her current positions as Board President and Head Instructor.  Donna says, "I have seen first hand what this program can do for children and adults with all different types of disabilities.  It builds confidence and self esteem where there is usually little."

Donna currently owns a sweet horse named Trigger that does gymkhana, trail and recently, cow sorting (and yes, he is a Palomino!).