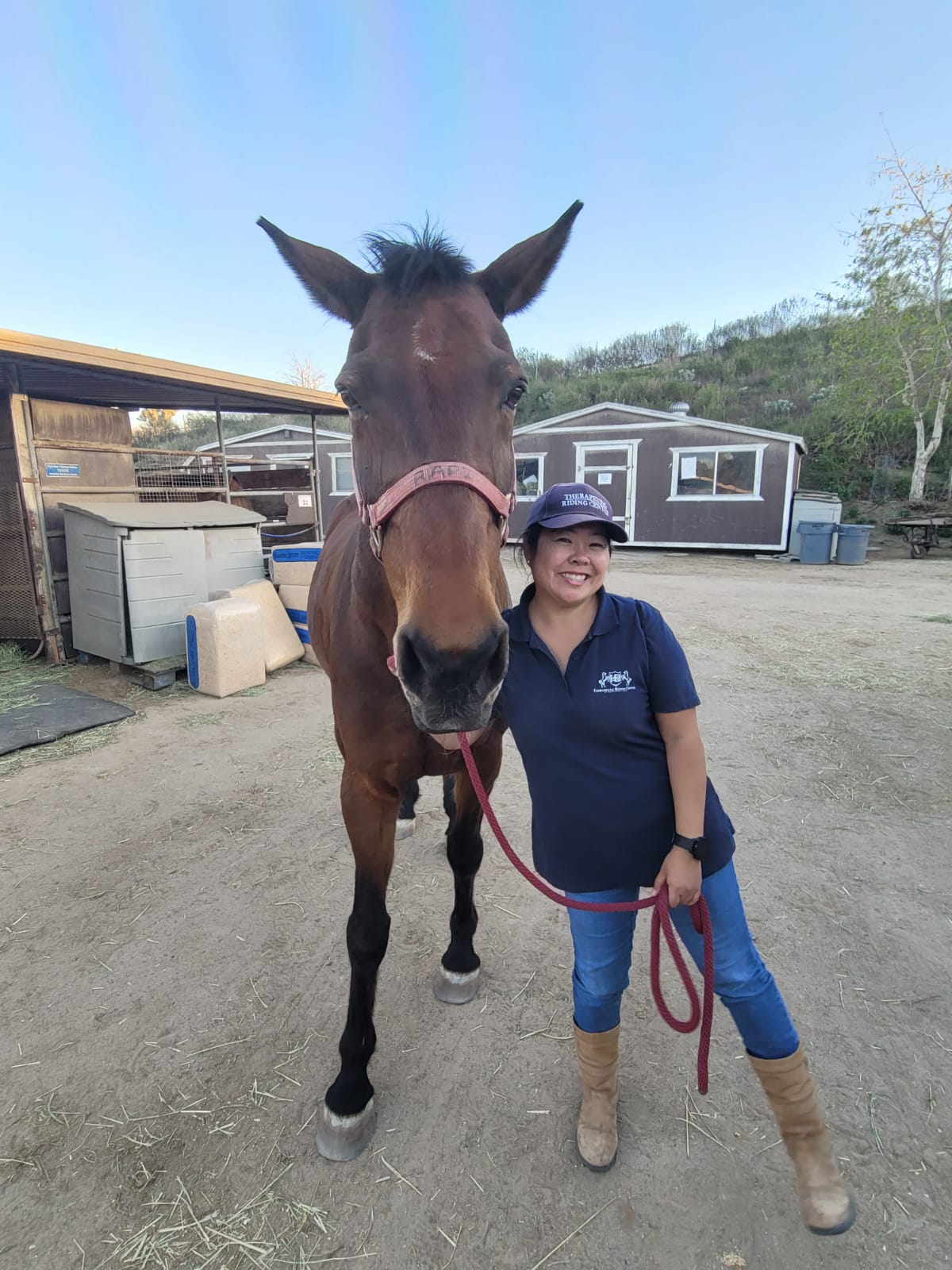 Back to Meet the Team

I am a Southern Californian through and through! I was born and raised in Orange County, California. I spent a few years in San Diego for college and my first job. In 2004 I moved back to OC to begin working in the mortgage industry and continue to do so as I am currently employed as an Operations Training Manager.

I was probably about nine years old when I saw a movie where the main character was able to talk to horses. I became instantly obsessed with the idea that I could communicate with such a large animal and thus began my fascination with horses like so many other little girls. I was able to have a few horseback riding lessons here and there, but other competing priorities forced me to put my horse-dreams on the back-burner as I got older. I knew, however, I would return one day.

It only took about 30 years but I am finally back!  I was a little intimidated at first because it had been such a long time.  In 2019, I started taking formal horseback riding lessons of my own and volunteering with TRCHB. I have been trying to immerse myself in equestrian culture and make up for so much lost time. I am eager to learn as much as I can and surround myself with people that love horses as much as I do.

Having had experiences and then living so many years without, I greatly value any time I have with horses. I am honored and excited to be a member of the board, and I want to help make horse experiences accessible to more people.